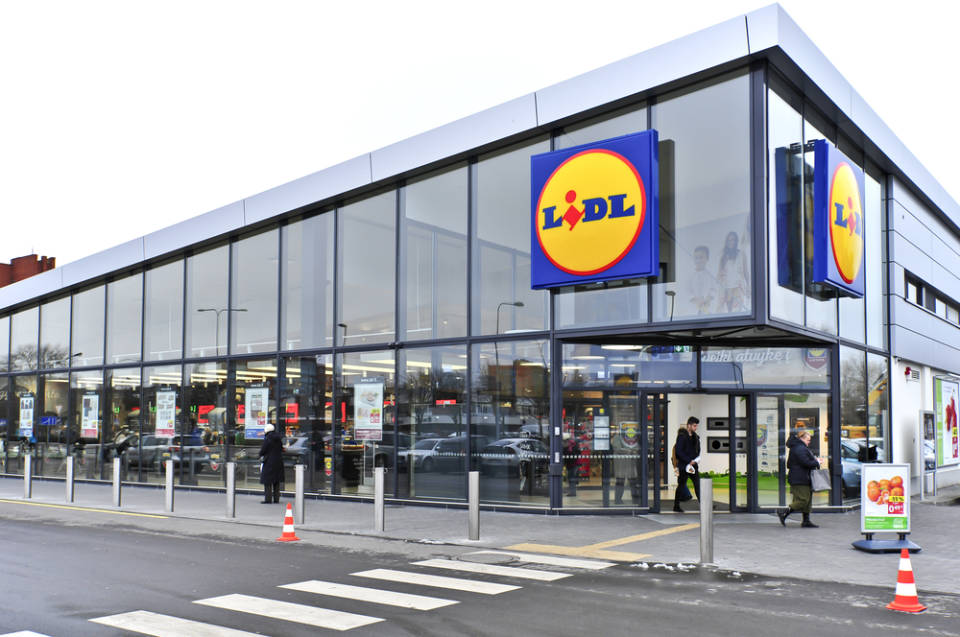 Customer loyalty programs are now common in almost all industries. In the food market, however, despite all the advantages, the big discounters have long been reluctant – until now.

The world of bonus programs is getting a prominent addition: From now on, Germany’s largest discounter Lidl is also offering its consumers digital customer cards – and is thus following similar examples from competitors such as the Rewe (Payback) and the Edeka Group (Deutschlandcard) on the highly competitive food market.

Like Aldi, Lidl had previously dispensed with such a system – and is now changing course. We think this is the right time to introduce a customer loyalty program, says Lidl Digital Managing Director Dominik Eberhard.

From now on, new members are to be lured with extra discounts and exclusive offers – in return for personal data.

Welcome discount from a purchase of 30 euros

After registering online in the “Lidl Plus” app on their smartphones, customers receive a welcome discount from a purchase of 30 euros, and there should be direct price advantages for individual products and competitions in the form of digital scratch cards. A system that has proven itself in tests of the bonus program in Berlin and Brandenburg, they say. First, the discount codes must be activated on the mobile phone.

In order to benefit from cheaper offers, customers have to open their app at the checkout – similar to the competition – and call up an automatically generated code there; this is held in front of a scanner.

The motto at the discounter: Those who buy more also get more discounts on more products. So a clear monetary benefit, especially for regular customers? Not necessarily, say consumer advocates. Because what at first glance sounds like a huge incentive to save, can quickly turn out to be an expensive pleasure for customers.

The question arises as to whether “clever application” does not buy more than is actually needed, says the state commissioner for data protection in Schleswig-Holstein, Marit Hansen. She emphasizes that from the company’s point of view, discount systems are ultimately not a subsidy business.

Payback as a pioneer

About 20 years ago, the pioneer for nationwide loyalty cards in retail was Payback, which is now part of the US credit card company American Express. Discount and bonus promises – for example for collecting points – ensured a run on the newcomers in credit card format at that time, today the main business here is also in smartphone apps.

Thanks to prominent partners such as the Rewe Group, the drugstore chain dm or the Aral petrol stations, Payback has around 31 million members registered – many of them, however, presumably as members of the register from earlier times. The company specifies the number of active app users as 10 million, and payback cards are used around 5 million times a day, digital or analog. The Deutschlandcard – which can be used at stores of the Edeka Group and Esso petrol stations, among other things – has 20 million members according to its own information; it belongs to the media group Bertelsmann.

Lidl wants to have “several million” registered users in the bonus program by the end of the year; the company belonging to the Schwarz Group does not name any more precise targets. The app has already been downloaded around a million times thanks to the tests in Berlin and Brandenburg, among other things, it said.

Even if the bonus programs differ in detail, the business principle is always the same: Customers buy discounts or rewards by giving their data to third parties – such as name, email address and shopping preferences. “One could say: Added value against data,” says Kai Hudetz, managing director of the Institute for Retail Research (IFH) in Cologne. With the data, the companies could on the one hand create tailor-made offers for individual customers, but on the other hand also better adapt marketing and sales measures to the general customer base.

Data protection activist Hansen sees the danger that the companies’ obsession with collecting could turn citizens into transparent customers. “With customer programs that are based on the analysis of shopping behavior, you not only have a look into your shopping basket, but also your household or even your own personality.” Anyone who collects a person’s shopping data over a longer period of time can draw conclusions about the size of the household, celebrations and guests, brand awareness, eating and consumption habits, and even about their state of health.

And the programs contribute to the fact that the bond between a company and the customer tends to increase – because they want to benefit from discounts. The advantages for the companies are obvious – despite this, Lidl is only now becoming active, and Aldi continues to forego a fixed bonus program. Which also has to do with the fact that the establishment, operation and constant improvement of customer programs are expensive. It is no coincidence that several companies from different industries cooperate in large programs such as Payback or the Deutschlandcard.

Will it stay that way at Lidl?

Grocery discounters, on the other hand, are traditionally often more self-sufficient – this is also the case with the Lidl chain, which brings a bonus program that is tailored to itself on the market. Hudetz says the effort and costs involved in loyalty card programs “only fit to a limited extent with discounters that advertise low prices anyway”. Because special offers – until now mostly for the entire clientele – are the order of the day at Aldi or Lidl.

Will it stay that way at Lidl? The Hamburg state data protection officer Johannes Caspar says that privileging members of a bonus program could quickly turn into a “latent disadvantage” for everyone else, who would then have to pay higher prices.

It remains to be seen whether Aldi will follow suit with its own bonus program. A spokeswoman for Aldi Nord said that they were constantly looking at how to improve the offer. However, for reasons of competition, no information is given about planning.

E-commerce in Austria: every second person orders from abroad

This is how online retailers make their shop fit for Christmas

This is how Amazon sellers optimize their Christmas sales

About the Author: admin