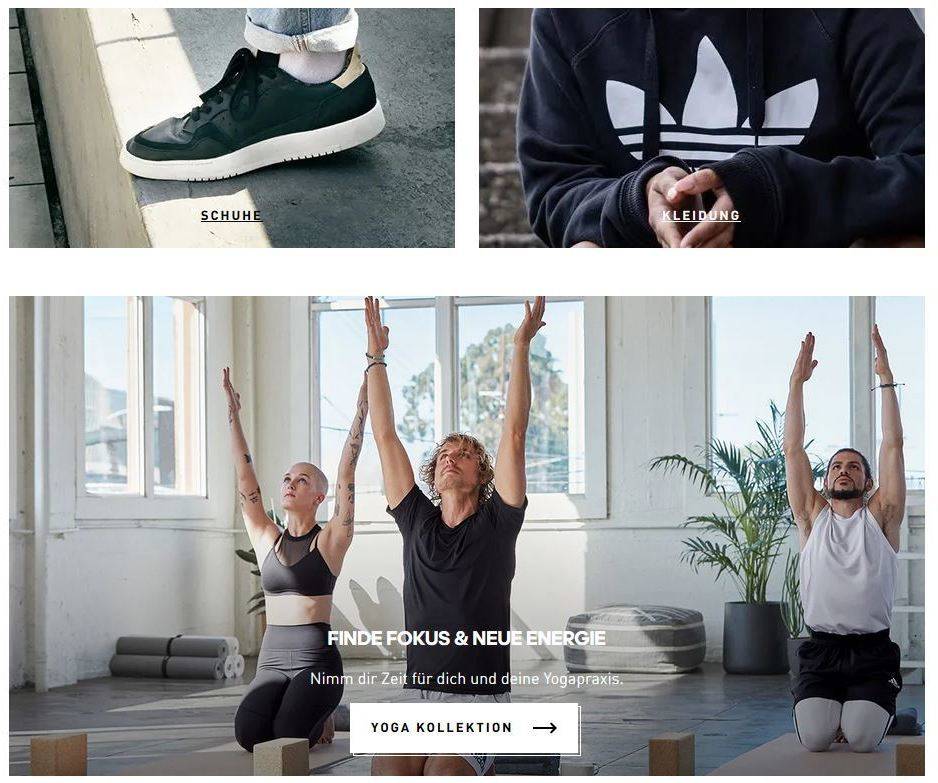 Adidas had to close a large number of its stores worldwide due to Corona. In addition, fewer customers were shopping in the stores that were still open than usual. The online trade could not compensate for this. Nevertheless, the group now wants to concentrate on e-commerce.

The sporting goods manufacturer Adidas suffered a slump in sales and profits in the first quarter due to the corona pandemic. The group had to close a large number of its stores worldwide due to the spread of the virus. In addition, significantly fewer customers bought in the still open stores than usual. The online trade could not compensate for this.

Management around CEO Kasper Rorsted does not see any improvement in the short term, on the contrary. The second quarter is likely to be considerably weaker again and the company will slide into the loss zone operationally, Adidas announced when presenting the figures on Monday in Herzogenaurach.

The stock fluctuated significantly in the morning. If the paper started trading at a loss after the weaker-than-expected numbers, it turned significantly positive in the course of time, also driven by a robust Dax development. In the late morning, however, the paper lost some of its four percent gains and recently stood at 1.4 percent.

Below the average analyst estimate

In the first quarter, profit from continuing operations dropped 97 percent to EUR 20 million. At 65 million euros, the operating result was also only a fraction of the 875 million euros achieved in the previous year and was still below the average estimate of the analysts.

Product withdrawals in China, order cancellations and higher value adjustments on receivables burdened the operating result with around EUR 250 million.

Sales decreased by 19 percent to 4.75 billion euros. In the first two months of the year, the economic effects of the Corona crisis particularly impacted business in Asia, particularly in China. In this important market, Adidas posted sales losses of 800 million euros or 58 percent. From mid-March the crisis spread to other markets around the world. Currently, more than 70 percent of the stores are closed, said CEO Rorsted.

Adidas now wants to concentrate its forces on online retail, which is flourishing in times of closed shops. E-commerce was more important than ever, Rorsted said in a conference call. In 2020, Adidas wants to increase sales from this channel to four billion euros, in 2019 it was almost three billion euros. Investments are to be shifted to the digital channels.

Adidas cannot, however, compensate for the sales losses from the brick-and-mortar retail. The company therefore expects an even greater drop in sales and profits in the second quarter than at the beginning of the year. Adidas expects sales to fall more than 40 percent in constant currency from April to June. Rorsted hopes for the first successive openings of the shops from May.

Sales development in China is recovering

The sales trend in China has gradually recovered in the first three weeks of April. According to Adidas, e-commerce revenue also increased significantly – by 55 percent in March. Management also expects a loss in operating profit in the second quarter.

Because of the continuing uncertainties, Adidas has decided against an outlook for 2020. The group had recently withdrawn its original forecast due to the economic consequences of the Corona crisis. It is about dealing with the “new normal”, said Rorsted. The global economy is facing a recession. “Despite the current situation, I am confident that the sporting goods industry will offer attractive opportunities for Adidas in the long term,” said the CEO.

To ensure liquidity, Adidas receives a billion dollar loan from the state-owned KfW development bank of 2.4 billion euros, plus commitments of 600 million euros from a bank consortium. For this, Adidas has to suspend the dividend. The ongoing share buyback program was stopped. Adidas has also reached an agreement in Germany with the employee representatives on reducing working hours for some employee groups. According to Rorsted, there are currently no plans to cut jobs.

E-commerce in Austria: every second person orders from abroad

This is how online retailers make their shop fit for Christmas

About the Author: admin